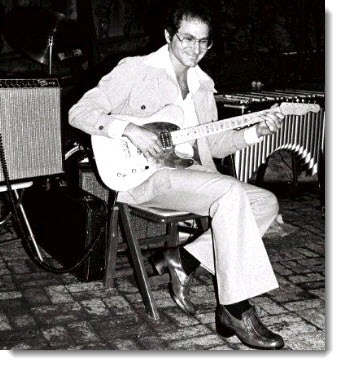 Ted Greene was one of the finest guitar players and a gifted teachers over the recent few decades. I first learned about him years ago after reading some of his teaching material in Guitar Player magazine and picking up a few of his books.

Ted started studying the guitar at the age of 11, and was an accomplished player while still in high school, occasionally collaborating with local R&B and Blues Rock groups.

He briefly studied accounting at Cal State Northridge, but dropped out to devote all of his energies to music.

He wrote 4 instructional books, which are in my collection of books and some of my most prized learning materials. His books are comprehensively rich:

You can milk any small piece of information in those books and build off of it forever. He thoroughly thought out his material. His books are essential for any serious guitarist endeavoring to expand their musical vocabulary.

Ted was a bit of an unsung hero as far as being a well known as a player but not to other guitarists. He was a “guitarist’s guitarist”. His guitar clinics attracted serious guitar players for miles. While I watched one of his video seminars held at GIT in CA, the organizer mentioned that Rock guitar virtuoso, Steve Vai, raved about him and wanted to attend the seminar but had other commitments.

Ted was a voracious reader of almost any book on music theory, especially from the ‘Common Practice Period’ (1600-1900) he distilled very complex concepts regarding the structure of western music, and would write out more accessible versions for students to understand, often applying keyboard concepts to the guitar. For example, many transcriptions of the Chorals of J. S. Bach would be re-written for guitar, along with useful analysis applicable to any musical setting, such as jazz and other styles.

One of my guitar students some years back used to fly to California once per month to take lessons from Ted and he shared with me that Ted had file cabinets full of lesson sheets that he used to give to his students. Listening to his teaching, you’d get the impression that he knew everything about music and he had a way of making it user-friendly and was warm and generous about passing on his knowledge. 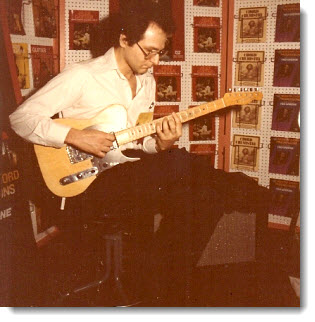 Ted passed away in 2005 and it was a loss to the guitar community. His wife wrote a wonderful tribute to him in a book called, “Living with the Chord Chemist” which answered a lot of questions that guitarists had about the man behind the guitar. It’s a great title for the book since his first book was called “Chord Chemistry”.

He was a real student of the guitar and truly had a deep understanding of music, different stylistic approaches, music history, and was a master at improvising single note lines and contrapuntally with beautiful chord voicings on the guitar. He played mostly finger-style on his electric guitars and was a master at using harmonics in his chord melodies.

His main guitar was a Fender Telecaster, which is a little unusual since the “Tele” has been more of a hallmark for country guitarists. Even though he was primarily a jazz guitarist, his depth of knowledge spanned over many styles. Simply put, the man was amazing!