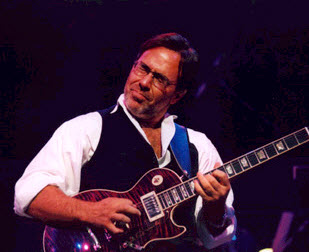 Growing up in New York in the 1970’s, I had a lot of exposure to great music that was being played on our NY radio stations, one being a Jazz station that always played a wide selection of jazz stylings, from traditional to fusion. It was on this station that I noted music coming from a fusion jazz band called Chick Corea and Return to Forever. I was particularly impressed with the guitarist in the band by the name of Al Di Meola. After buying a couple of albums by Return to Forever, I learned that Di Meola had released a solo album, “Land of the Midnight Sun”. That album was a game-changer for many guitar players and I can’t tell you how many interviews I read of popular guitar players at the time that raved about Al Di Meola and that album. The technical agility he performed on the guitar was astounding for that time period. The only other one who showed that skill in fusion music was fusion jazz pioneer, John McLaughlin, who had hit the music scene in the late 60’s with Jazz trumpeter, Miles Davis, before launching with his own band.

Al Di Meola attended Berklee College of Music in Boston, Massachusetts in 1971. In 1974 he joined Chick Corea’s band, Return to Forever, for the album Where Have I Known You Before. Two more albums, No Mystery (1975) and Romantic Warrior (1976) were released during Di Meola’s stay in the band. This lineup featured him playing with Corea, Stanley Clarke, and Lenny White until it was disbanded in 1976.

Di Meola went on to explore a variety of styles, but is most noted for his Latin-influenced jazz fusion works. He is a four-time winner as Best Jazz Guitarist in Guitar Player Magazine’s Reader Poll.

Di Melola’s choice guitar for many years had been a Gibson Les Paul then later on moved to PRS guitars in his performances. He also plays Ovation acoustic guitars in many songs and performances.

Al Di Meola took a lot of inspiration from the technical prowress of jazz-rock guitarist John McLaughlin and the Latin-Rock stylings of Carlos Santana. That inspirational blend was a winning combination for Di Meola who at a young age of 19 years old, carved out a name for himself as a guitar great.

With the band, Chick Corea’s Return to Forever