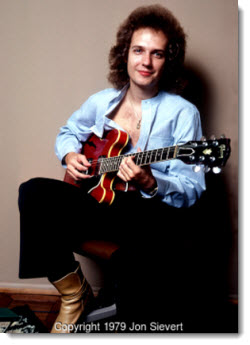 Before the days of the internet, young musicians had to learn about other up-and-coming talent through other sources like music magazines, radio, concerts, vinyl record stores that played the newest albums on their stereo systems, and of course, word-of-mouth. For me, Guitar Player magazine, Downbeat magazine (Jazz), and Circus magazine (Rock) were my choice sources of musical happenings.

One particular issue of Guitar Player magazine featured an ad for a new solo album by studio guitarist Lee Ritenour. It was Ritenour’s very first album called “First Course”. Released in 1976, the album gave a strong representation of the mid-1970s L.A. Jazz/Funk sound. I was nuts about that style and Lee Ritenour became a strong influence of mine since. The album’s title was symbolic for me, because it was a musical feast full of beautifully arranged mutliple guitar parts that were inter-woven within each song. Ritenour’s studio guitar genius was all over the album showing a great command of tone, technique, taste and arranging skill. He was consummate musician in every sense of the word. The album was a polished work, incredible for a first album.

This incredible jazz guitarist, legendary session musician, and composer/arranger was born in 1952 in Los Angeles. And over the course of his career, he has contributed to over 3000 recording sessions for numerous artists in several genres, and has charted over 30 contemporary jazz hits since his solo debut in 1976.

He has maintained a delicate balance between the individual creative vision and the group dynamic, since the beginning of his career. Lee played his first session when he was 16 with the Mamas & the Papas and given the nickname, “Captain Fingers”, because of his technical guitar mastery. Ritenour was a sought-after session guitarist by the mid-1970s, and won Guitar Player magazine’s Best Studio Guitarist twice in the ’70s. He is well-known for playing Gibson ES-335’s and Gibson L5 guitars. 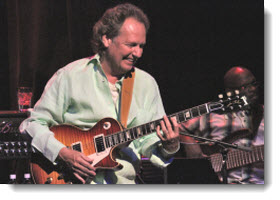 He was influenced by Joe Pass, Kenny Burrell and John McLaughlin to name a few. But one of his most notable influences is the pioneering jazz guitarist Wes Montgomery, who is the namesake of his son and album entitled “Wes Bound.” An awesome album with some of the richest “Wes-like” guitar work and rich warm guitar tones. The compositions are excellent. Throughout his career, Ritenour has experimented with different styles of music. A true fusionist, he has often incorporated elements of funk, pop, rock, blues, Brazilian and classical music with jazz. He is an excellent acoustic guitarist, mostly choosing to play on nylon-string guitars and has a strong mastery of classical guitar technique.

Lee Ritenour is a definite must for any developing guitarist to listen to and study. There are few guitarist as richly versatile as Ritenour. Bona Petite!