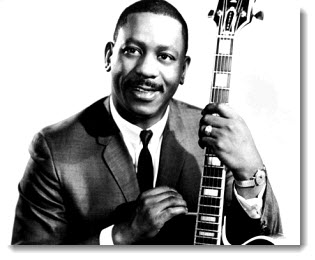 Wes Montgomery (March 6, 1923 – June 15, 1968) was one of the greatest jazz guitarist in American history. He is widely considered one of the major jazz guitarists, emerging after such seminal figures as Django Reinhardt and Charlie Christian and influencing countless others. His style is closely modeled by Jazz greats George Benson as well as Lee Ritenour.

Montgomery was known for an unusual technique of playing melodic lines full of octaves with with the side of his thumb which granted him a distinctive sound. Although he was not skilled at reading music, he was able to learn complex melodies and riffs by ear. Montgomery started learning the six-string guitar at the relatively late age of 20 by listening to and learning the recordings of his idol, jazz guitarist great, Charlie Christian. He was known for his ability to play Christian’s solos note for note and was hired by jazz vibraphonist, Lionel Hampton for this ability.

Montgomery’s recordings up to 1965 were generally oriented towards hard bop, soul jazz, and post bop, while in the mid-sixties he began recording more pop-oriented instrumental albums that featured less improvisation but found mainstream success. His later-career guitar style is a major influence on fusion and smooth jazz. Jazz purists relish Montgomery’s recordings up through 1965, and sometimes complain that he abandoned hard-bop for pop jazz toward the end of his career, although it is arguable that he gained a wider audience for his earlier work with his soft jazz from 1965 to 1968. During this late period he occasionally turned out original material alongside jazzy orchestral arrangements of pop songs. It was this late period of his career that earned him considerable wealth and created a platform for a new audience to hear his earlier recordings.

To many, Montgomery’s playing defines jazz guitar and the sound that students try to emulate. Many fellow jazz guitarists consider Montgomery the greatest influence among modern jazz guitarists. Pat Metheny has praised him greatly, saying “I learned to play listening to Wes Montgomery’s “Smokin’ at the Half Note.” Joe Pass said, “To me, there have been only three real innovators on the guitar—Wes Montgomery, Charlie Christian, and Django Reinhardt”. Kenny Burrell states, “It was an honor that he called me as his second guitarist for a session.” In addition, George Benson, Stevie Ray Vaughan, Eric Johnson, Joe Satriani, Jimi Hendrix, David Becker, Joe Diorio, Steve Lukather, Larry Coryell and Pat Martino have pointed to him numerous times as a great influence. Lee Ritenour, who recorded the 1993 album “Wes Bound”, named after him, cites him as his most notable influence in his playing.

Any student of jazz guitar will benefit from studying Montgomery’s playing or at best listening to him for his use of rhythm emphasis in his melodic lines and chord work. He was a true master of the instrument and of creating a sound that was uniquely and unmistakably his own. 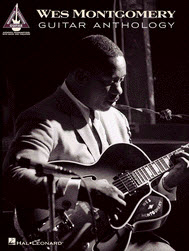 The songs in this book are brilliantly done. If you are a Wes fan this is a must, this book makes it so much easier to learn his music. This book will help you get a feel for the way his phrases “breathe” which is just as important as knowing the notes. Studying Wes Montgomery’s playing will help any developing guitarist learn how to shape melody lines into beautiful lyrical melodies.