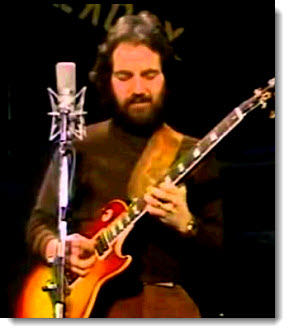 One of my favorite guitarists that I learned about in the ealry 80’s was Phil Keaggy. Keaggy is an American acoustic (pick & fingerstylist) and electric guitaristist (blues/rock stylist) and vocalist who has released more than 50 albums and contributed to many more recordings in both the contemporary Christian music and mainstream markets. He was twice nominated for a Grammy Award for Best Rock Gospel Album was frequently listed as one of the world’s top-three “finger-style”, as well as “finger-picking”, guitarists by Guitar Player Magazine readers’ polls.

I discovered Phil Keaggy’s music shortly after becoming a Christian and it was deeply encouraging to me to hear a virtuous guitarist who was also a deeply committed Christian. His music is full of references to his Christian faith, which I appreciated.

His unique approach to playing acoustic guitar and the musicality of his writing has been an inspiration for me. Vocally, he sounds a lot like Paul McCartney and some of his vocal tunes has a strong Beatles influence in them.

Interestingly, Phil Keaggy is missing a finger on his right hand, which he lost as a child in an accident on his family’s farm. That hasn’t slowed down his beautiful finger style technique at all, as anyone can tell from watching him play. I had the opportunity to watch him play at a church in Tucker, GA in the mid-80’s and enjoyed his electric guitar playing but was immensely impressed with his acoustic guitar prowess.

In the 70’s Phil lead a 3-piece rock group called “Glass Harp” which recorded their first album at Jimi Hendrix’s Electric Lady Studios in New York City, he was 19 yrs old at the time. The band began to open for such bands as The Kinks, Iron Butterfly, Yes, Traffic, Grand Funk Railroad and Chicago. Their live performances demonstrated the band’s ability to stretch out and expand the boundaries of their compositions. As a result, they are one of the pioneers of the jam rock genre, with songs many times reaching over 30 minutes in length with extended solo passages and group improvisation. Learn more about Phil and his music at his website.