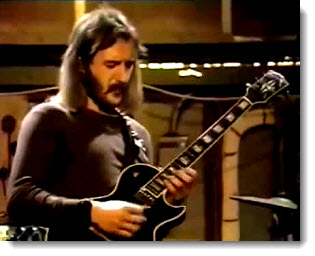 I first heard Jan Akkerman In the early 70’s on a cool & comical instrumental rock tune called “Hocus Pocus” performed by a Dutch band called Focus. At that time the song had a lot of radio airplay on both American and European radio stations and many classic rock lovers will very quickly recognize the signature opening lick of the song. There were a number of articles about the band Focus in rock music magazines in the ’70’s as well as articles featuring Jan Akkerman in Guitar Player magazine that caught my eye and curiosity, enough to purchase some of those albums.

Focus, featured guitarist, Jan Akkerman (born in 1946), who’s virtuoso playing covered a wide range of musical styles from rock, jazz, blues, classical and on later recordings some sophisticated acoustic guitar stylings. He co-founded Focus with keyboardist/flutist, Thijs van Leer who was also very versatile and skilled in several genres. Akkerman’s style was strongly melodic and made for a lot of listening pleasure when I was a young guitarist.

Jan Akkerman was born in Amsterdam, the son of a scrap iron trader. At age five he took guitar lessons and was active musically playing in various bands through the 60’s that had gotten radio airplay in the Europe rock/pop market. Akkerman displayed an incredible technique and it’s no surprise to discover that Akkerman had actually won a scholarship to study at the prestigious Amsterdam Music Lyceum for 5 years which gave him the educational opportunity to develop his composition, arranging and musicianship skills.

With the band Focus, the group explored the progressive rock genre and scored a few worldwide hits in the seventies. In 1973 Akkerman was chosen ‘Best Guitarist in The World’ by the readers of the UK magazine, Melody Maker. His standing was such that he teamed up with manufacturer Framus to produce one of the first ‘signature’ guitar models.

After leaving Focus in 1976, Akkerman continued as a solo artist, adding jazz-rock fusion influences and deeper explorations of other styles including a kick-butt Jazz/Rock-oriented Blues album “Blues Hearts”. He has also introduced baroque music into his vast repertoire. Those musical explorations after Focus were musically astounding. His skills as a guitarist in several genres will prove remarkable to anyone who will give his recordings a listen. 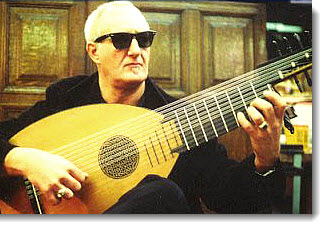 In addition to the classical guitar, Akkerman is also a highly skilled Lutenist having been greatly inspired by the English guitarist/lutenist Julian Bream. His classical guitar & lute playing and compositions are impressive, nicely orchestrated as well as sophisticated, as heard in various Focus recordings and especially his 1973 solo album, “Tabernakel”.

Akkerman is held in high regard among his rock peers. One in particular is Queen’s guitarist, Brian May.

His electric guitar and acoustic playing in the other more modern genres are equally powerful. Anyone who can appreciate strong musicianship and a high degree of instrumental skills will enjoy listening to Jan Akkerman. Many of his full albums can be found on Youtube, but it’s recommended to purchase any CD’s that might still be available for listening anywhere.